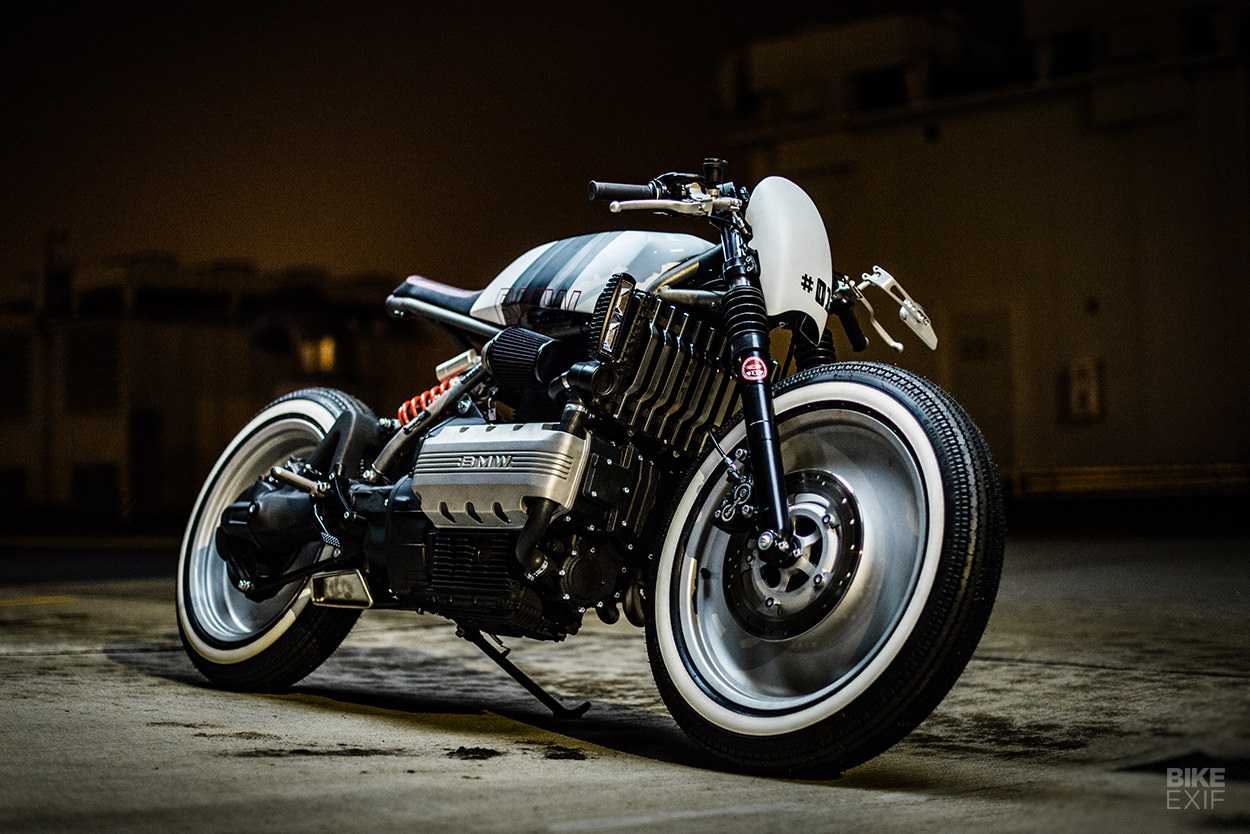 We don’t see much custom work from the Baltic state of Lithuania. But judging by what we have seen, we suspect that the Lithuanian scene is underground rather than small. Case in point: this brutal BMW K1100 cafe racer.

It’s the work of Vilnius Moto House, who are based in, you guessed it, Vilnius—the beautiful old capital city, which is also a UNESCO World Heritage Site. (That’s also where this sharp Honda Dominator scrambler is from.) 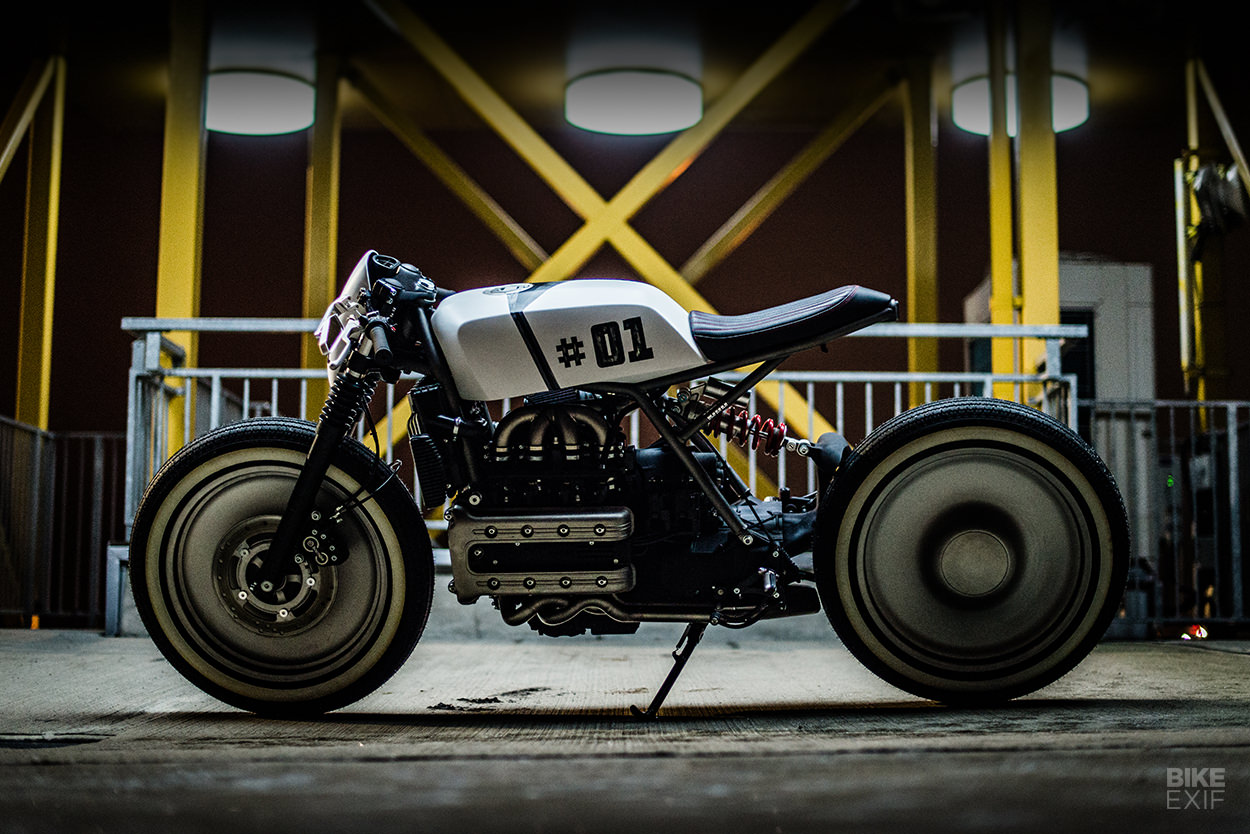 Vilnius Moto House (VMH) have been operating under that name for the past six years, but their experience customizing bikes stretches back to 1999. And their clients come not only from Lithuania, but also further afield. 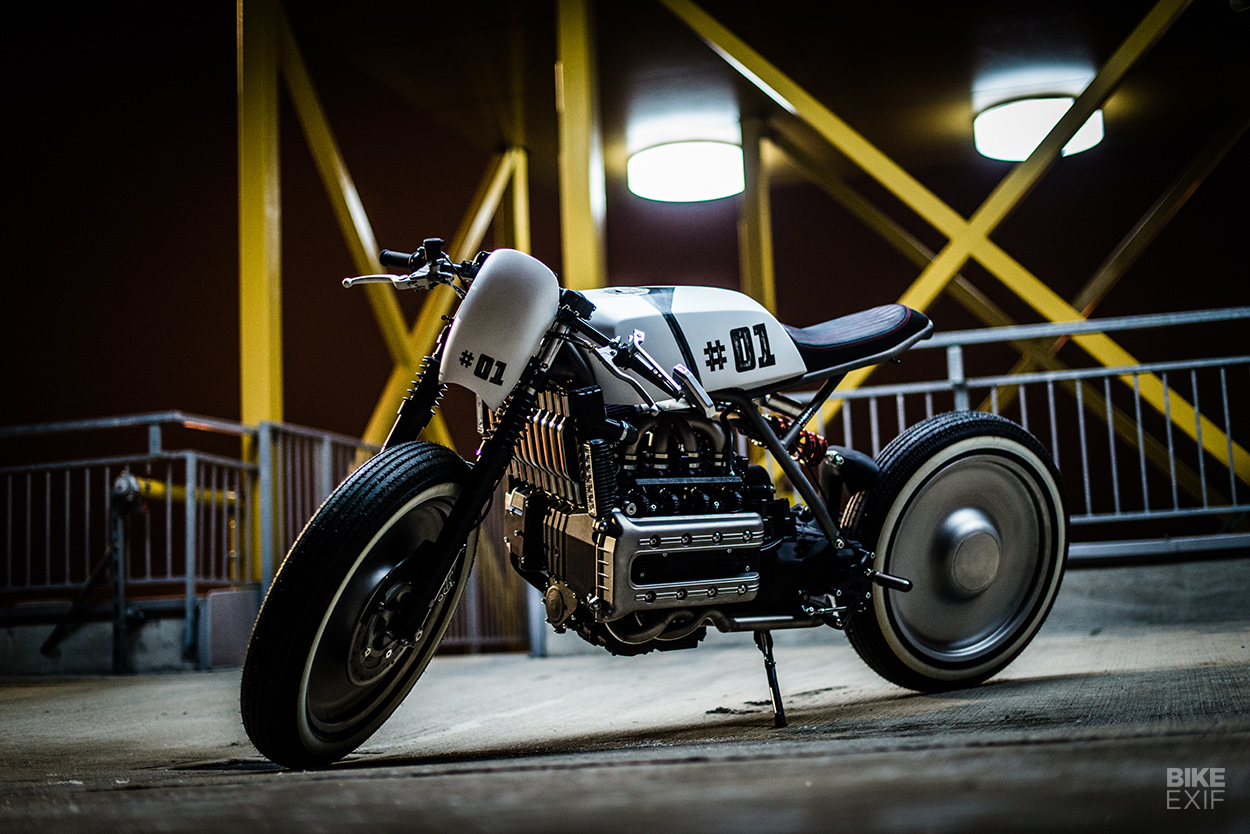 A few days later, the customer and his K were in VMH’s shop. “We discussed everything he wanted,” VMH boss Darius Krasauskas tells us, “and reviewed various already made projects—not just ours. We came up with an agreement.”

“In a few days, we drew a sketch of what the finished BMW should look like: angry, but exceptional.” 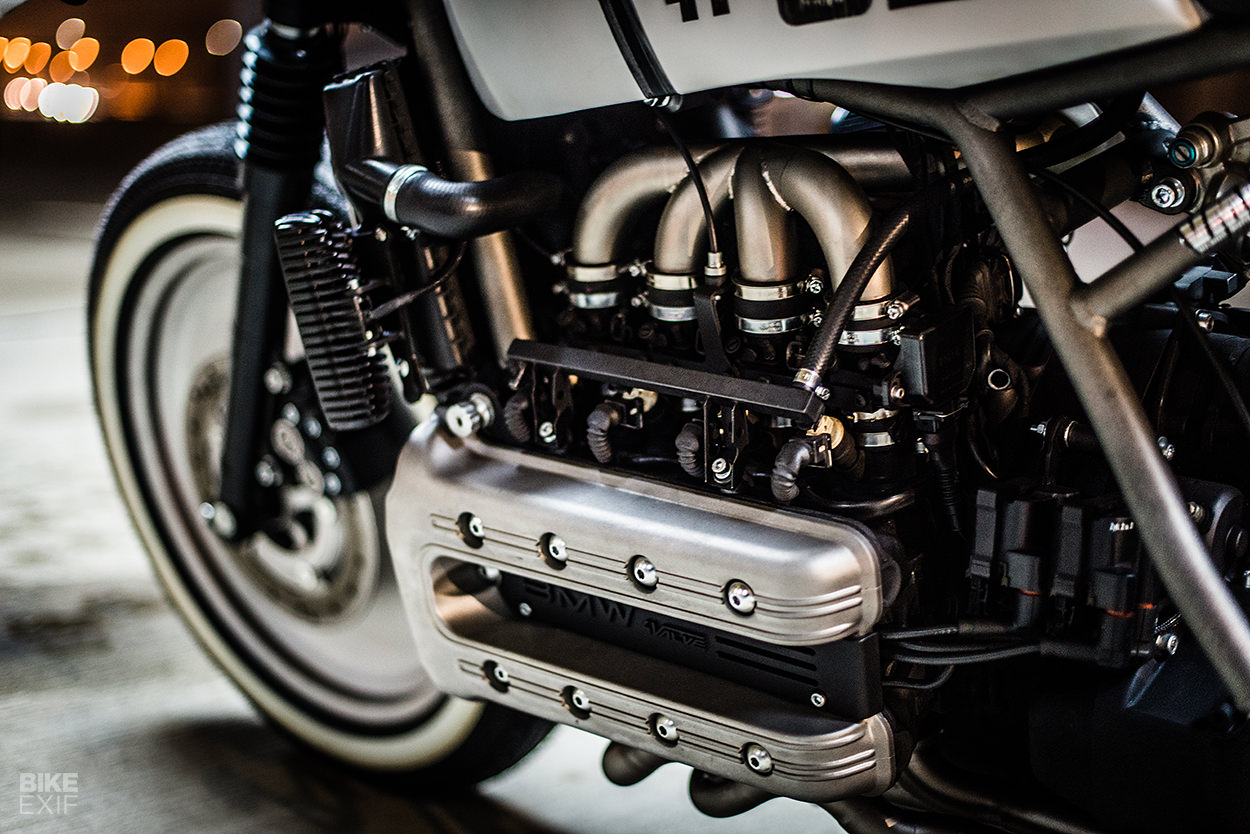 Step one was to dismantle everything, a process that VMH say is “very fast and without scruples.” Then they tackled the biggest task: modifying the K-series frame to even out its erratic lines.

They refined the back end with a sharp, all-new subframe. Then they grafted in the rear shock from a Yamaha R6, modifying the shock mounts in the process. Some tweaking and lowering happened up front too. 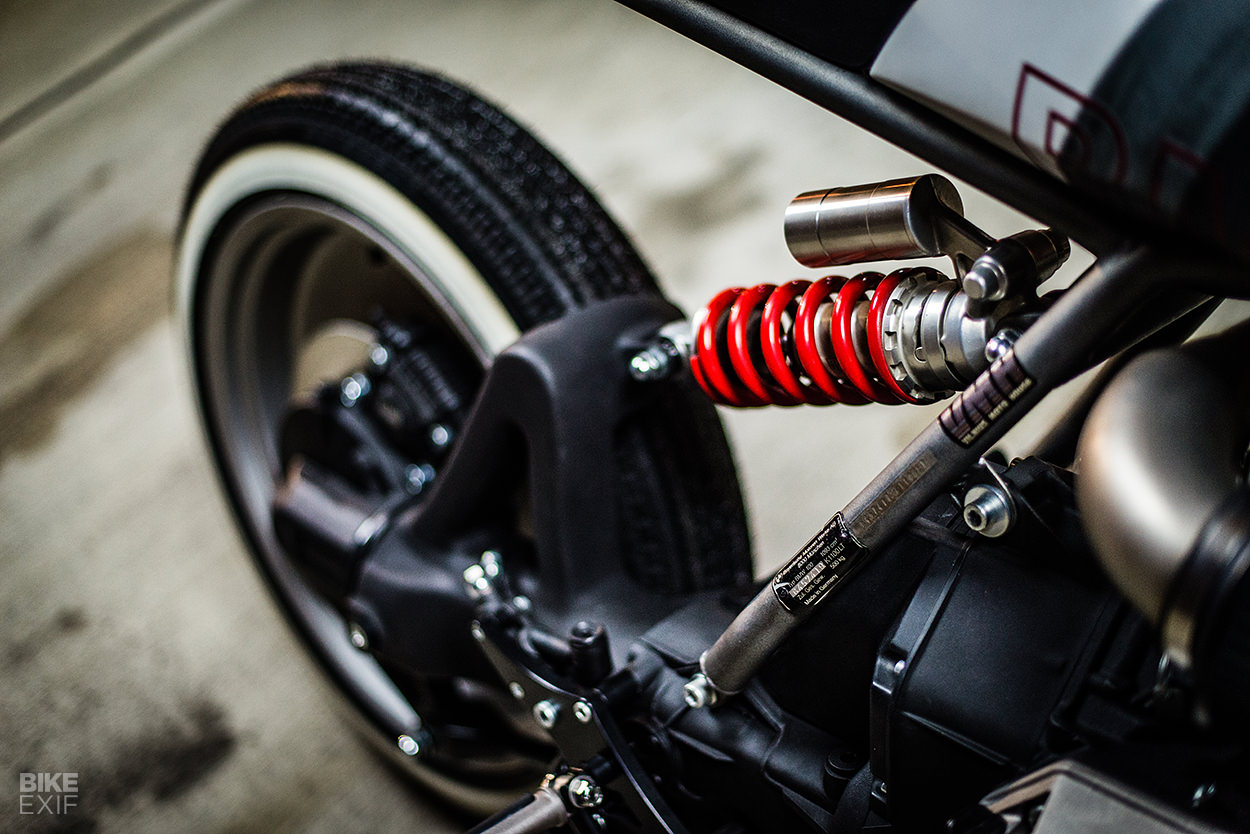 The final change to the K1100’s stance came in the form of a pair of 19” Harley-Davidson V-Rod front wheels. VMH picked them because their client specifically wanted solid wheels on his bike.

They took some fettling to fit—particularly the rear, which was widened and adapted to match the BMW’s single-sided swing arm. 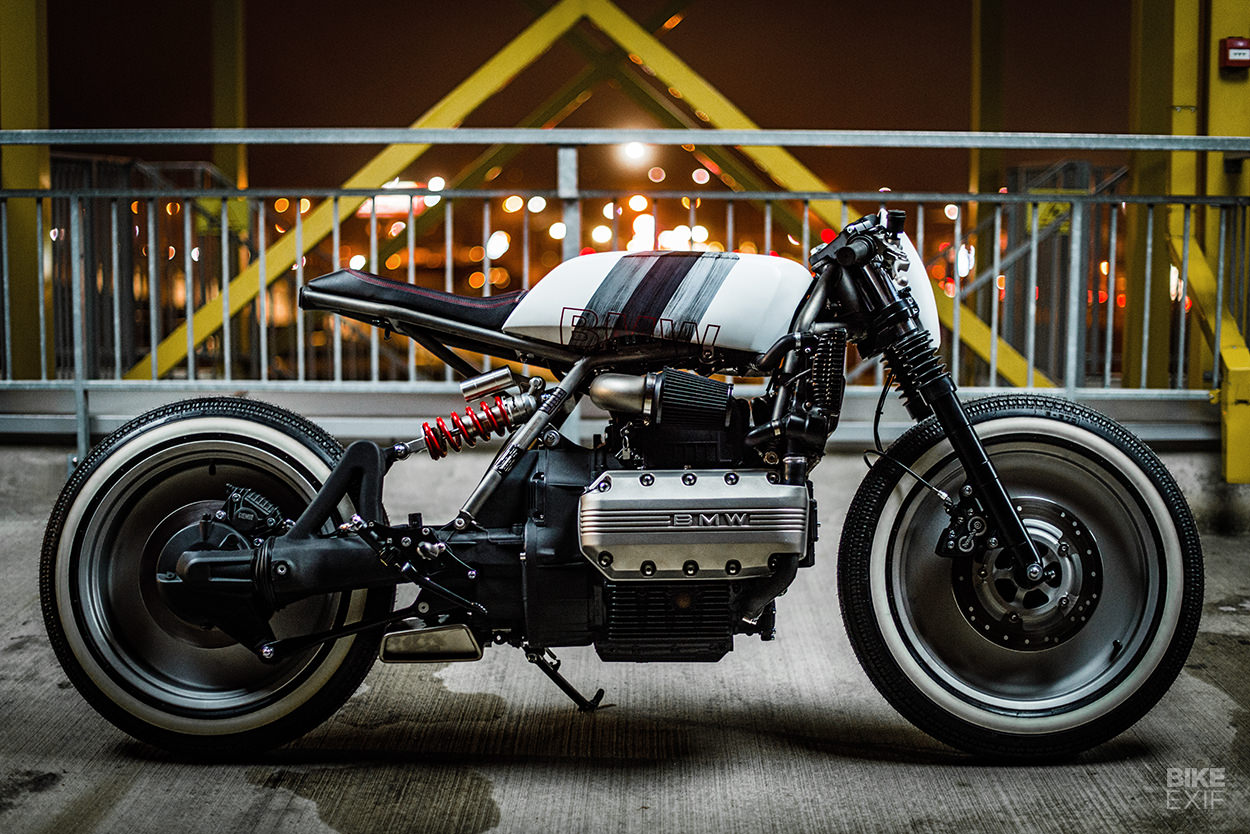 The tires are vintage Shinko 270 Super Classic whitewalls, and the brakes are the stock K units (with fresh discs and upgraded lines). But just as VMH had sorted the rolling chassis, the project stalled. They’re hush on the particulars, but six months later fresh inspiration hit and the BMW went back onto the bench.

Now VMH’s attention turned to the fuel tank. After some unsuccessful attempts to modify the OEM tank to suit their ideas, the team figured they needed to start over. So they poked around their warehouse and dug out a Kawasaki KZ550 unit. 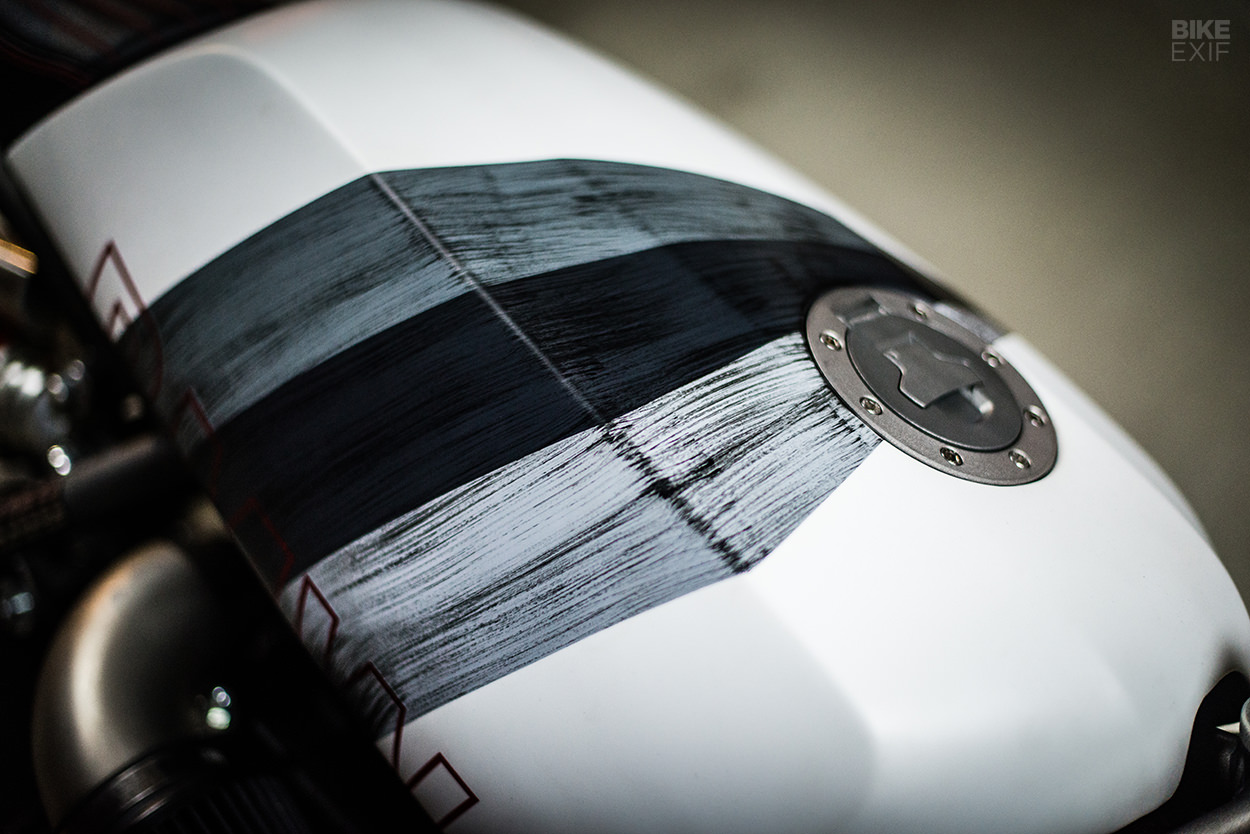 With a little cutting and narrowing, the KZ tank turned out to be the perfect match. But there was more fabrication ahead—notably a new, one-into-four stainless steel intake manifold, running off a single filter.

It’s designed to snake across to the opposite side of the bike, and there’s a correspondingly serpentine exhaust system that runs under the motor. 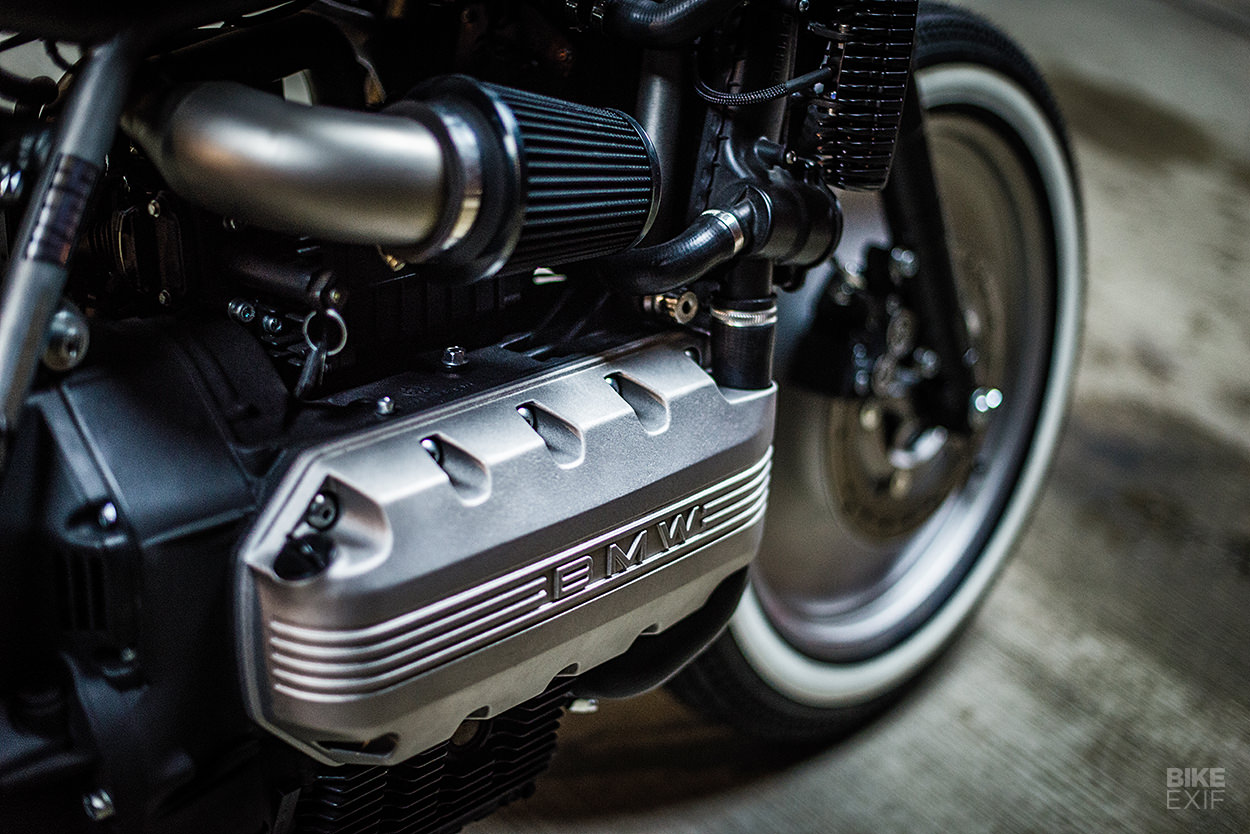 Lighting turned out to be point of contention.

After much deliberation, it was decided to install two long LEDs alongside the radiator, with a hand-made nacelle filling the space up front. 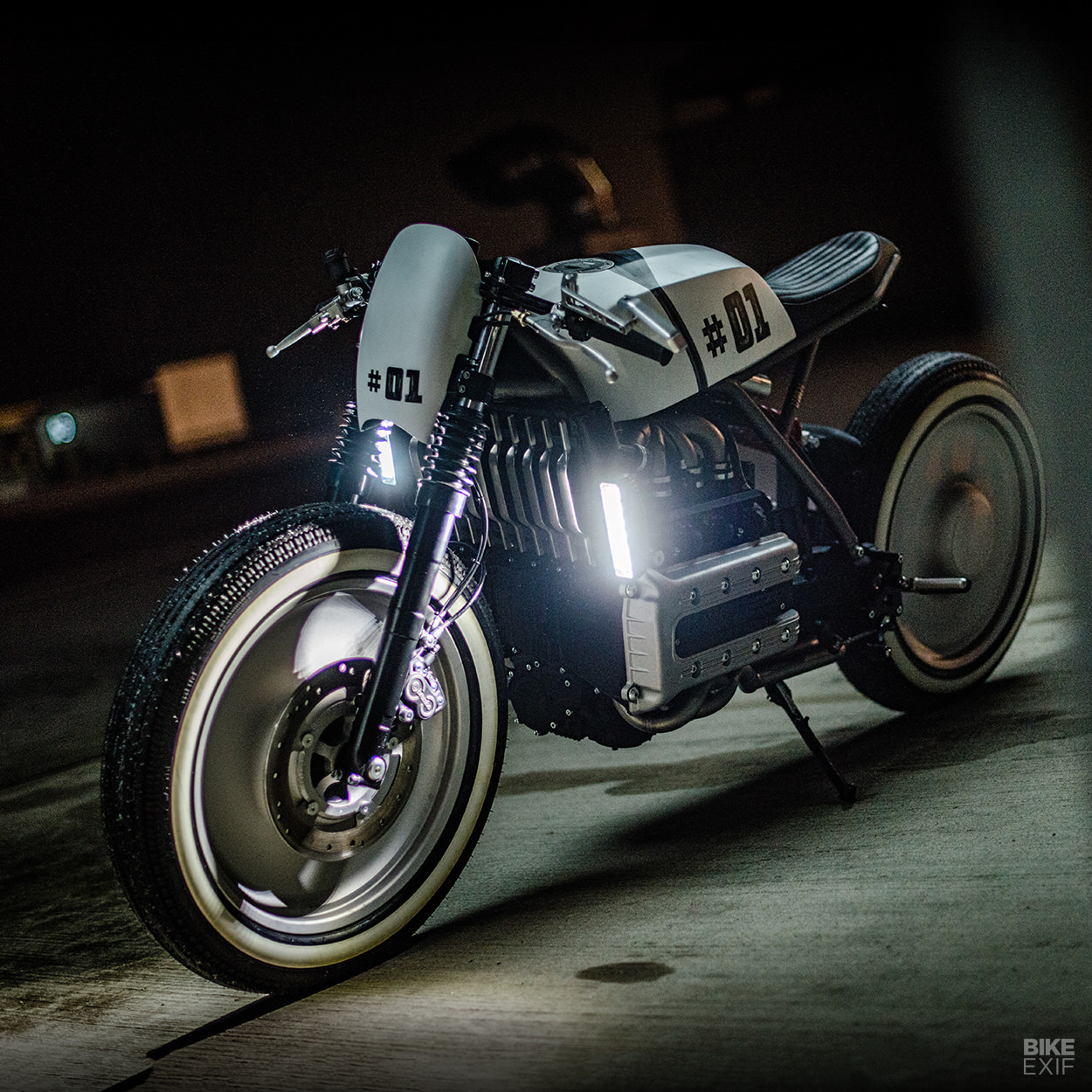 Not actually wanting to install turn signals (“they’re not beautiful, and the signal can also be displayed by hand”), but needing to keep the bike street legal, VMH installed the most discreet Kellermann LEDs they could get. 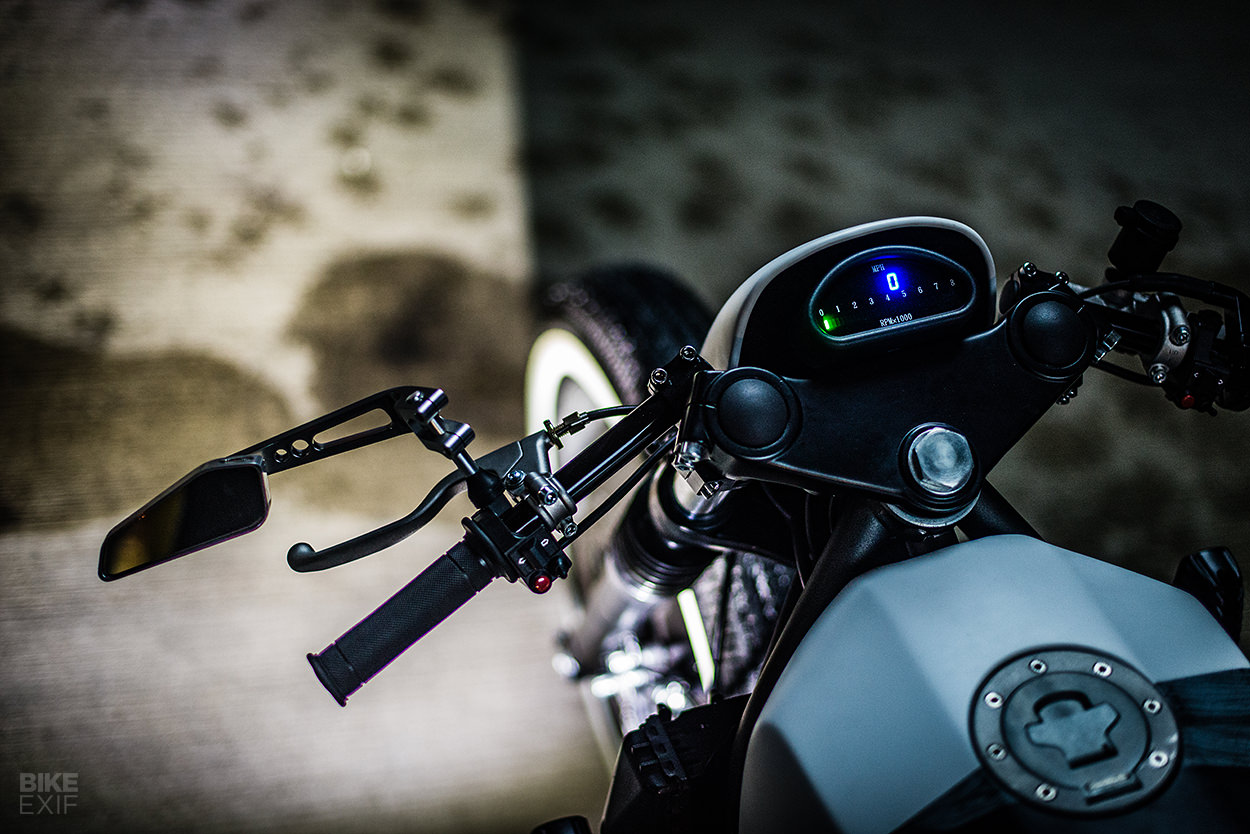 The cockpit was finished off with a digital speedo and new clip-ons, grips and switches. A set of hand-made foot pegs finished off the controls.

And then the project stalled for a second time…until VMH got wind of the upcoming Custombike Show in Bad Salzuflen, Germany, which attracts over 30,000 visitors every December. With three weeks to go, they sprung into action to finalize the K-series and enter it into the show. 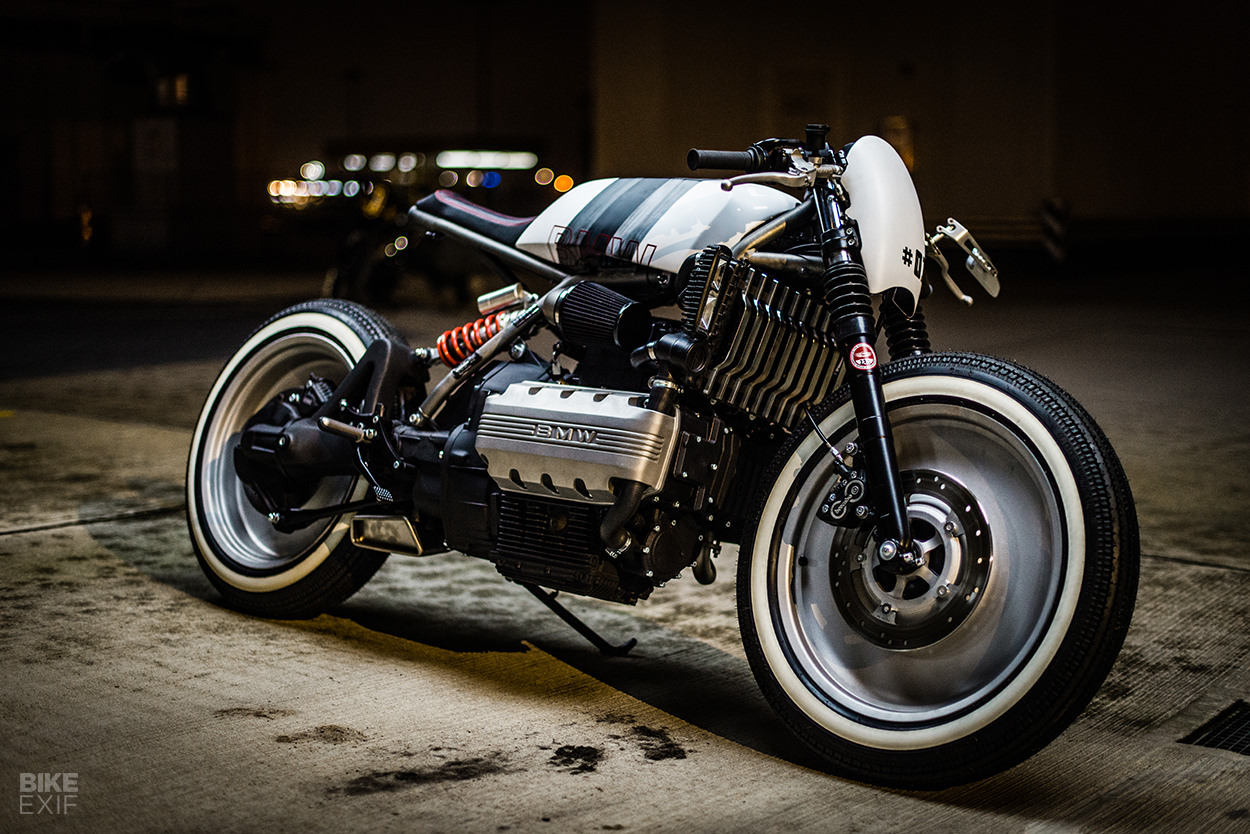 There was a fair whack of work ahead still: there was no seat, the rear wheel needed a bit more work, wiring had to be done, and the bike was unpainted (and still partially disassembled). But they managed to button it up just in time, and with an interesting livery too.

It’s a spin on BMW’s traditional tricolor motorsports scheme, but executed in monochrome and with a hand-painted feel. Together with a little contrast stitching on the seat, it’s a subtle but effective approach. 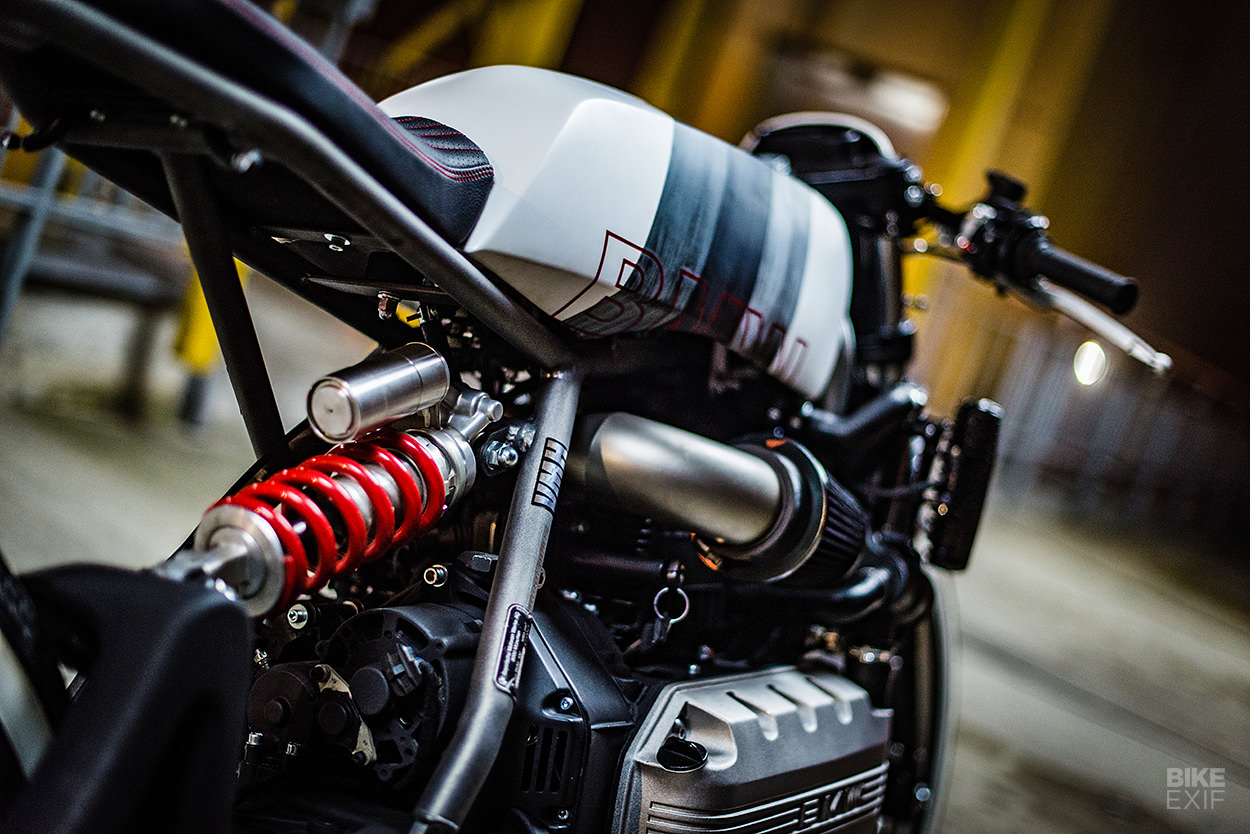 VMH entered the bike into the show and took top honors in the Roadster category.

We’re not surprised—and we’ll be keeping a closer eye on VMH to catch the next build as it rolls out their shop. 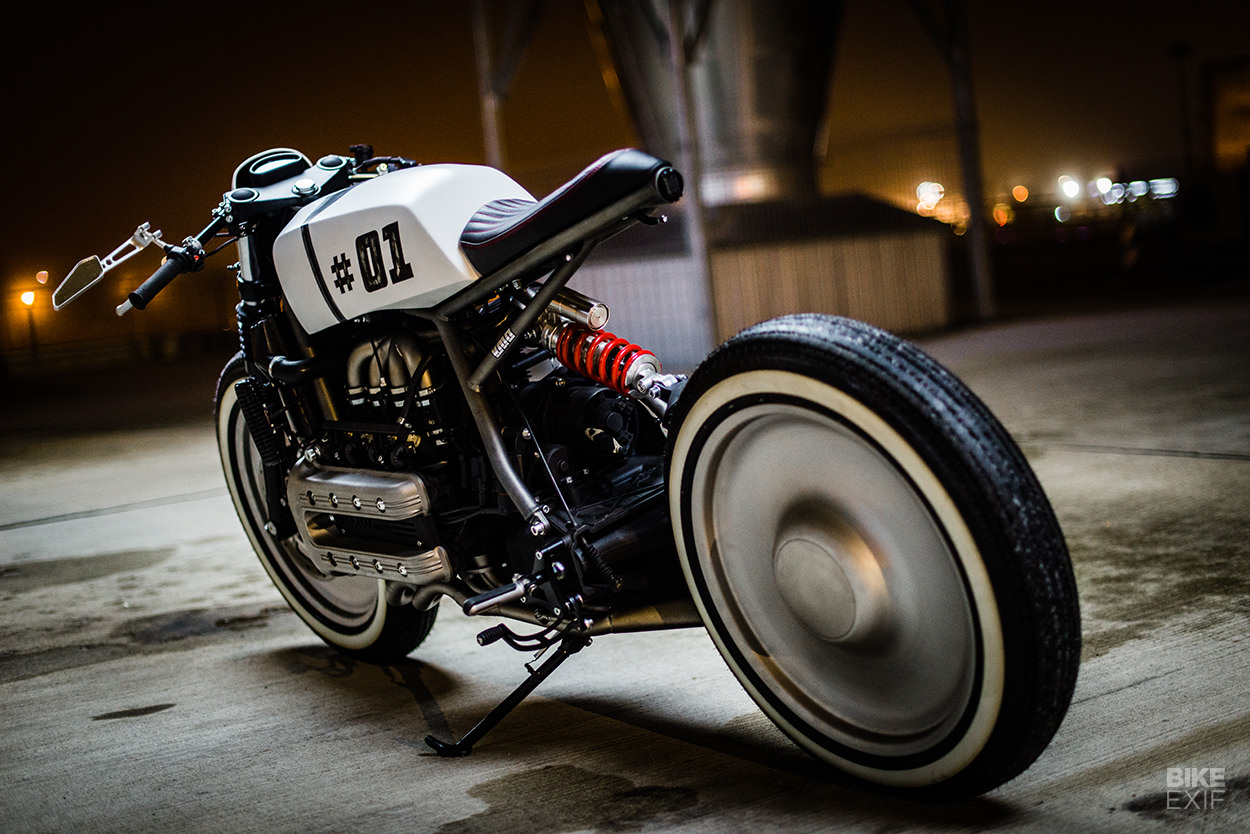