When you just need a bigger engine, there aren’t many options bigger than the Boss Hoss V8. (Savannah Rose/)

The Lone Star Rally is now in its 19th year, taking over Galveston, Texas with live music, vendors, and motorcycles as far as the eye can see. With tons of bike shows, games, a sound-off competition, bike build-off, and local rides, attendees were never short of some two-wheeled entertainment. Unlike so many events we go to, all of the concerts at the Lone Star Rally are totally free! So seeing bands like Hinder, Hairball or Scott Stapp of Creed is as easy as walking up and enjoying the show.

For more information on the Lone Star Rally, check LoneStarRally.com and get all the details to check out the party next year! 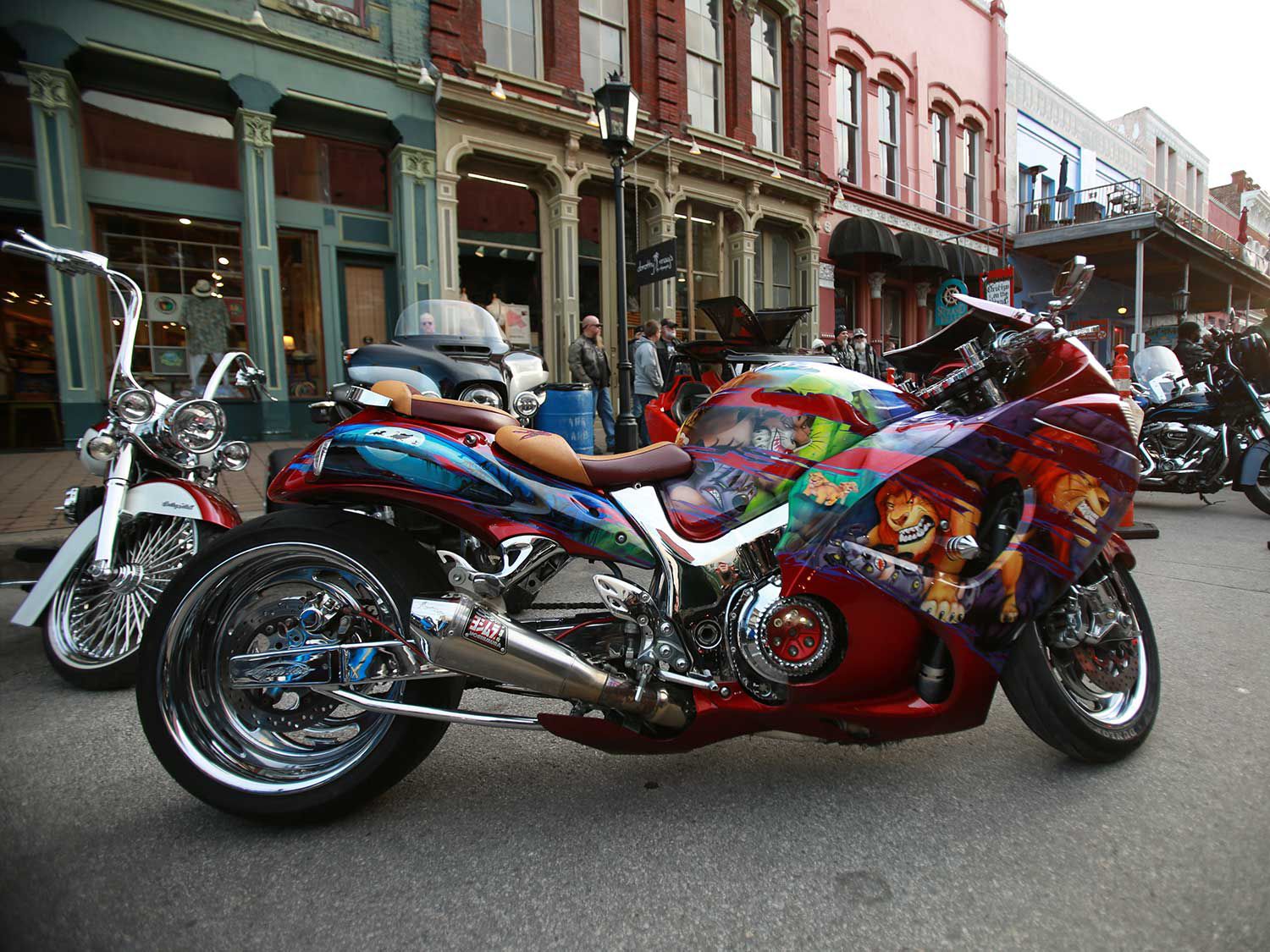 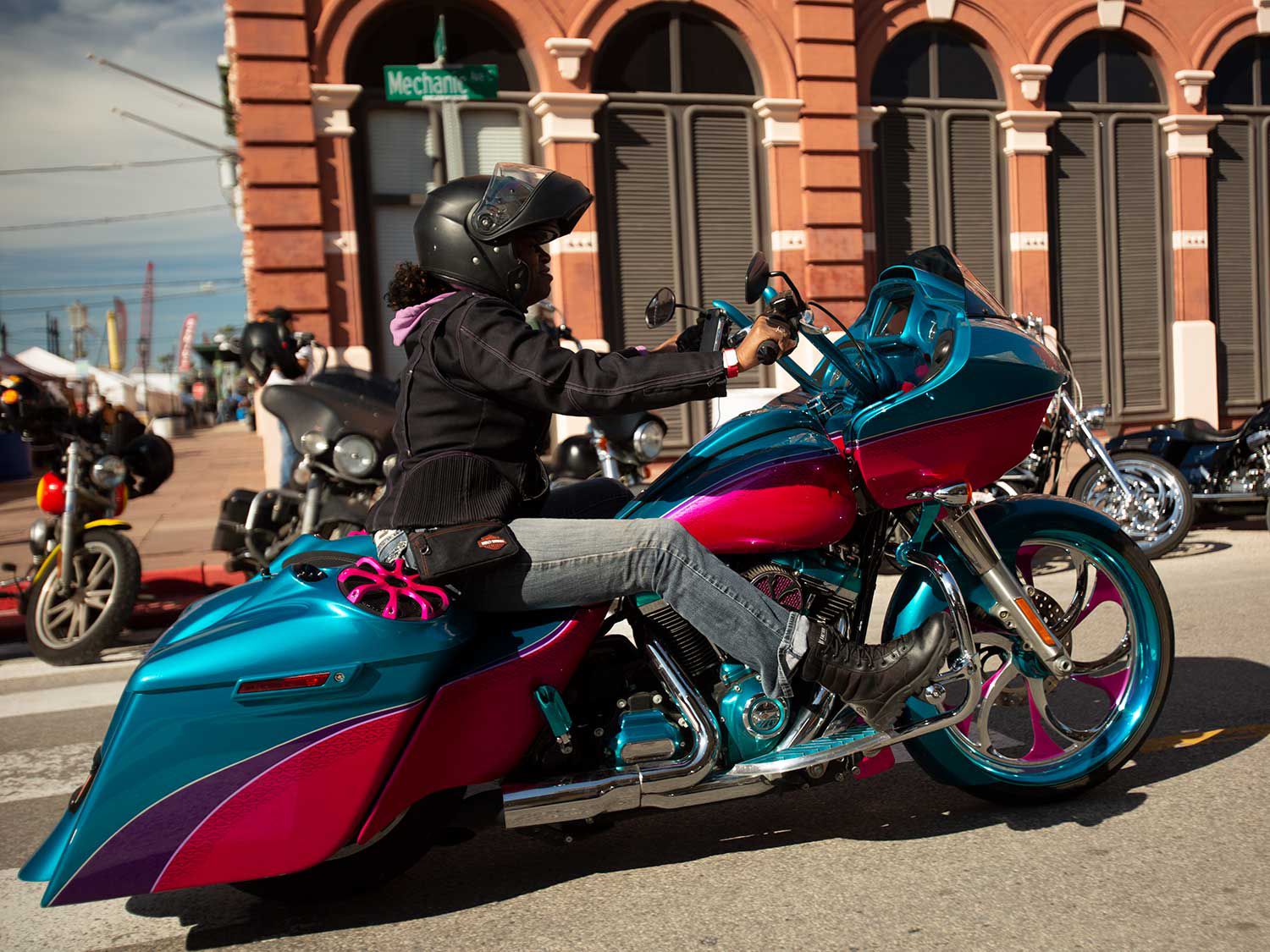 Matching paint, wheels, and engine covers—when these baggers go for it, they go for it! (Savannah Rose/) 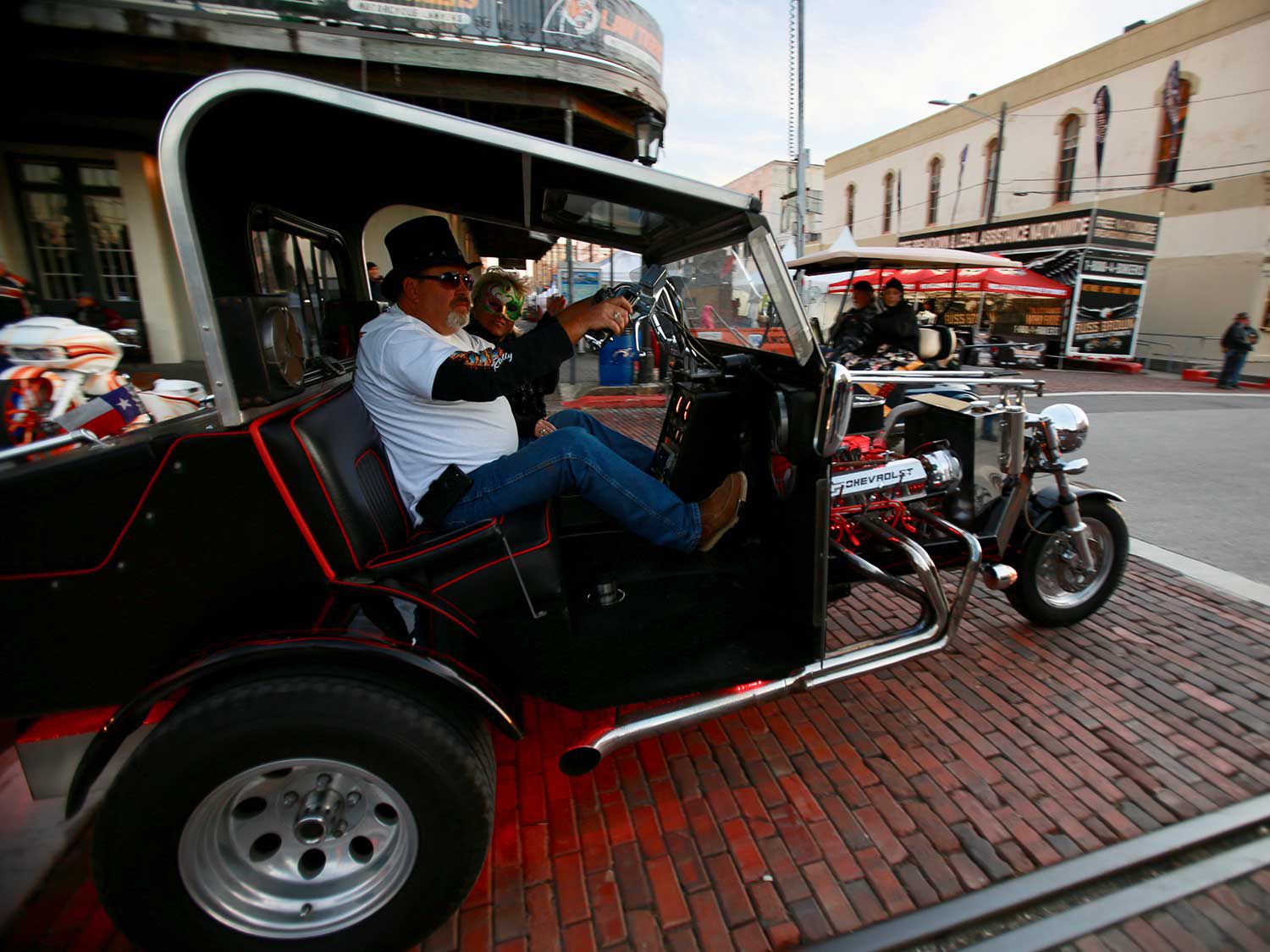 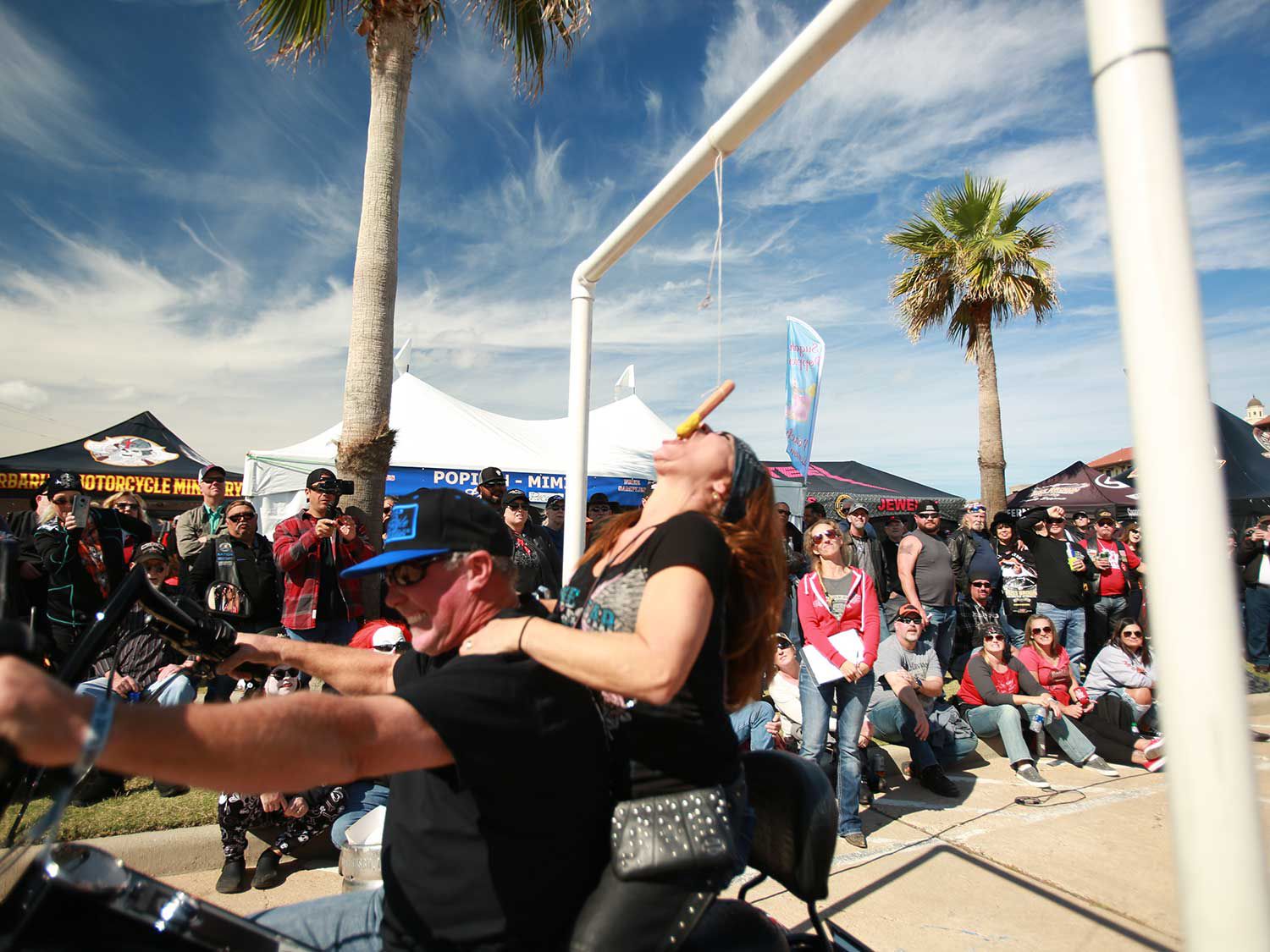 Bobbing for hot dogs was a popular activity and just as much fun to watch as it was to participate! (Savannah Rose/) 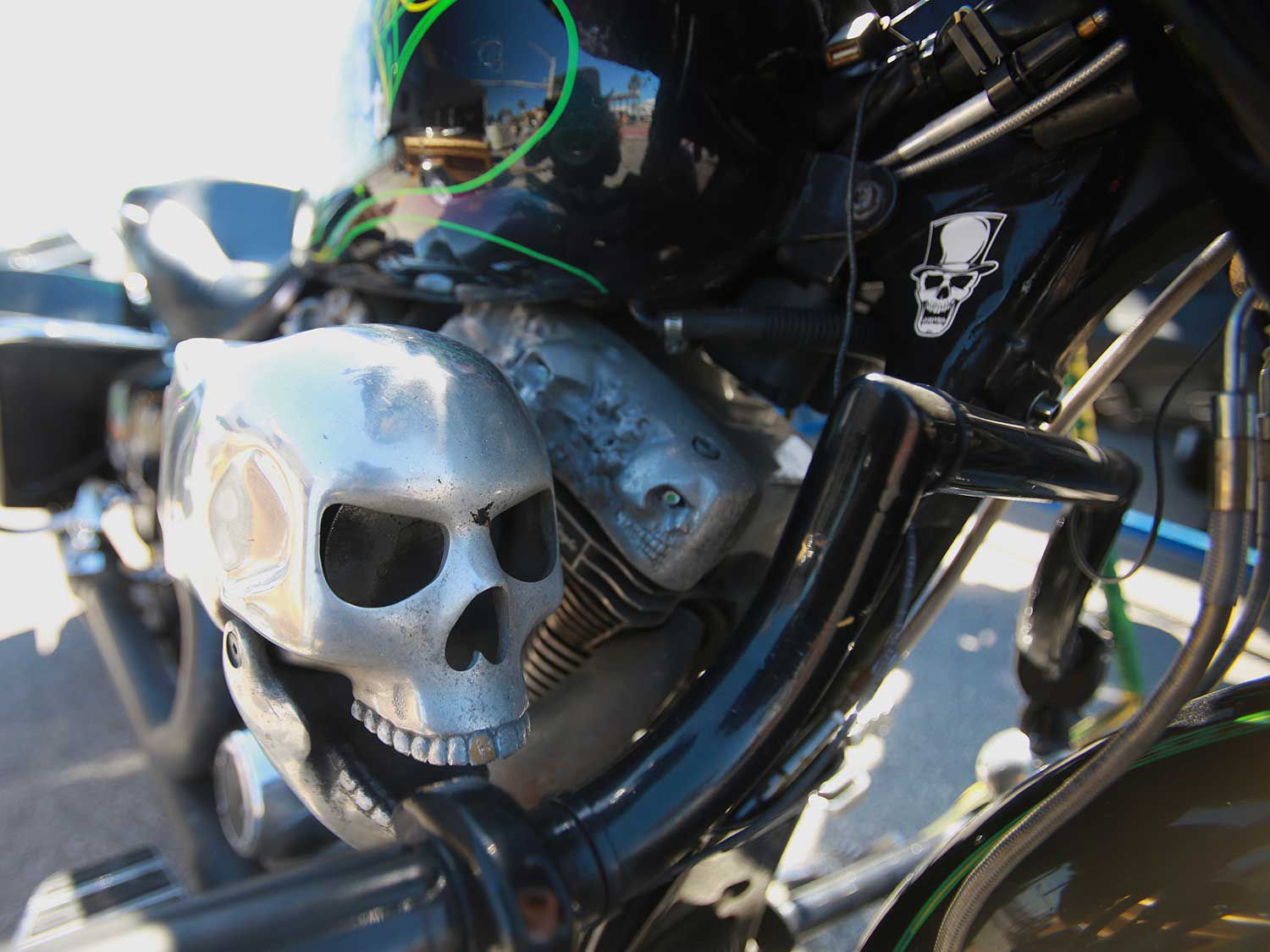 Look past that wicked air cleaner at all the skulls molded into the rocker boxes! (Savannah Rose/) 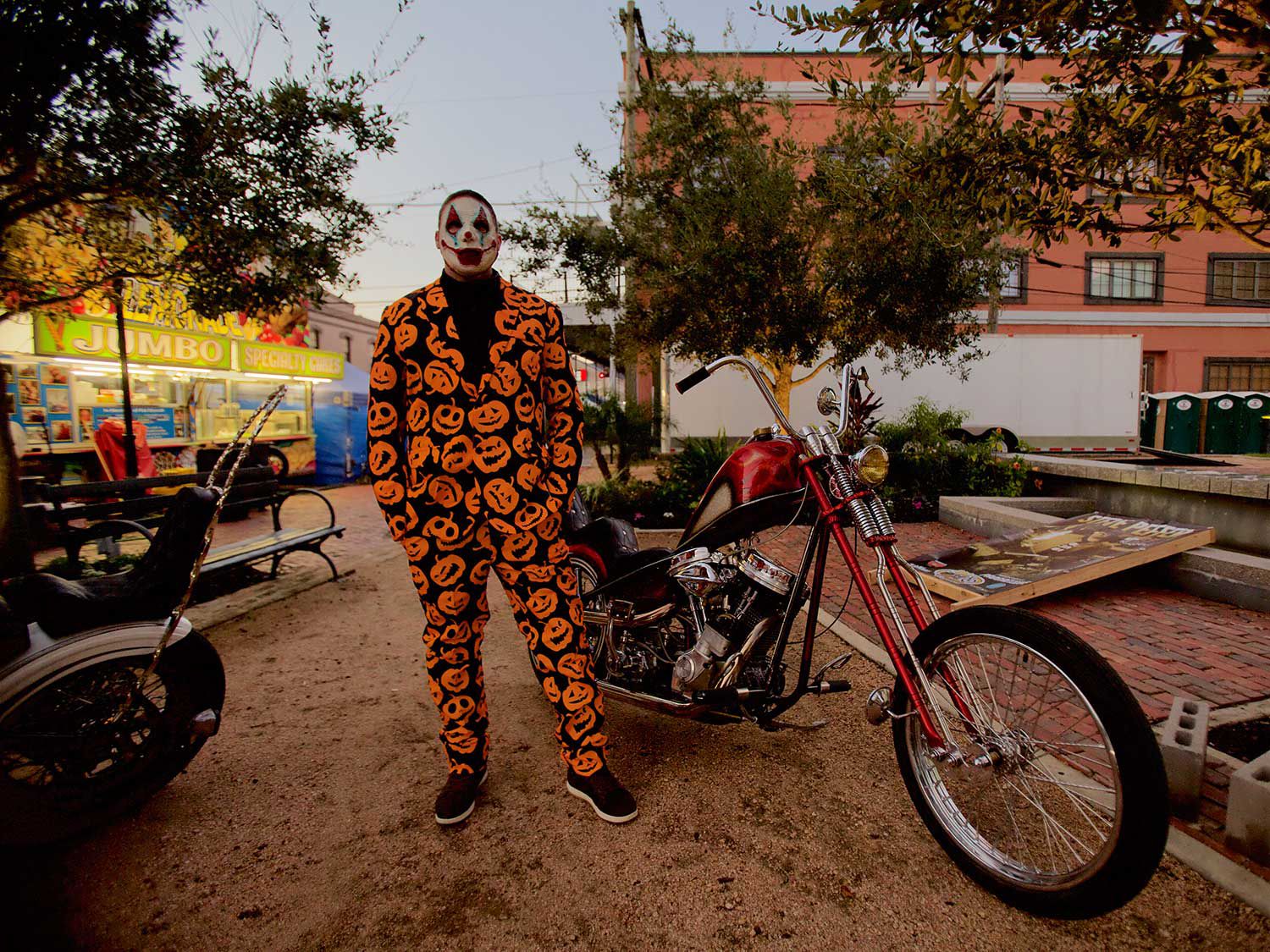 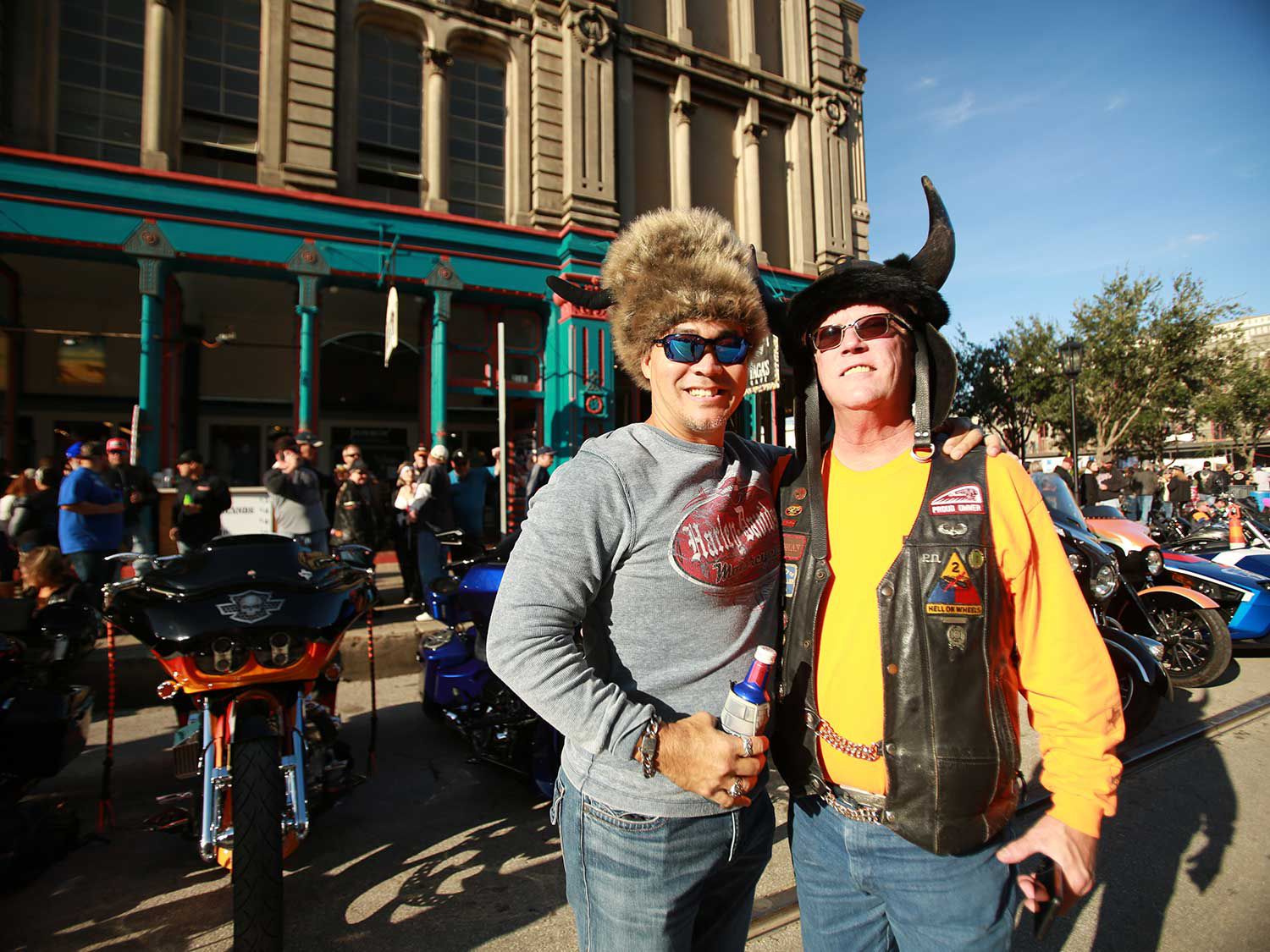 Being Halloween weekend, many of the rally’s attendees showed up in costume—or at least a silly hat. (Savannah Rose/) 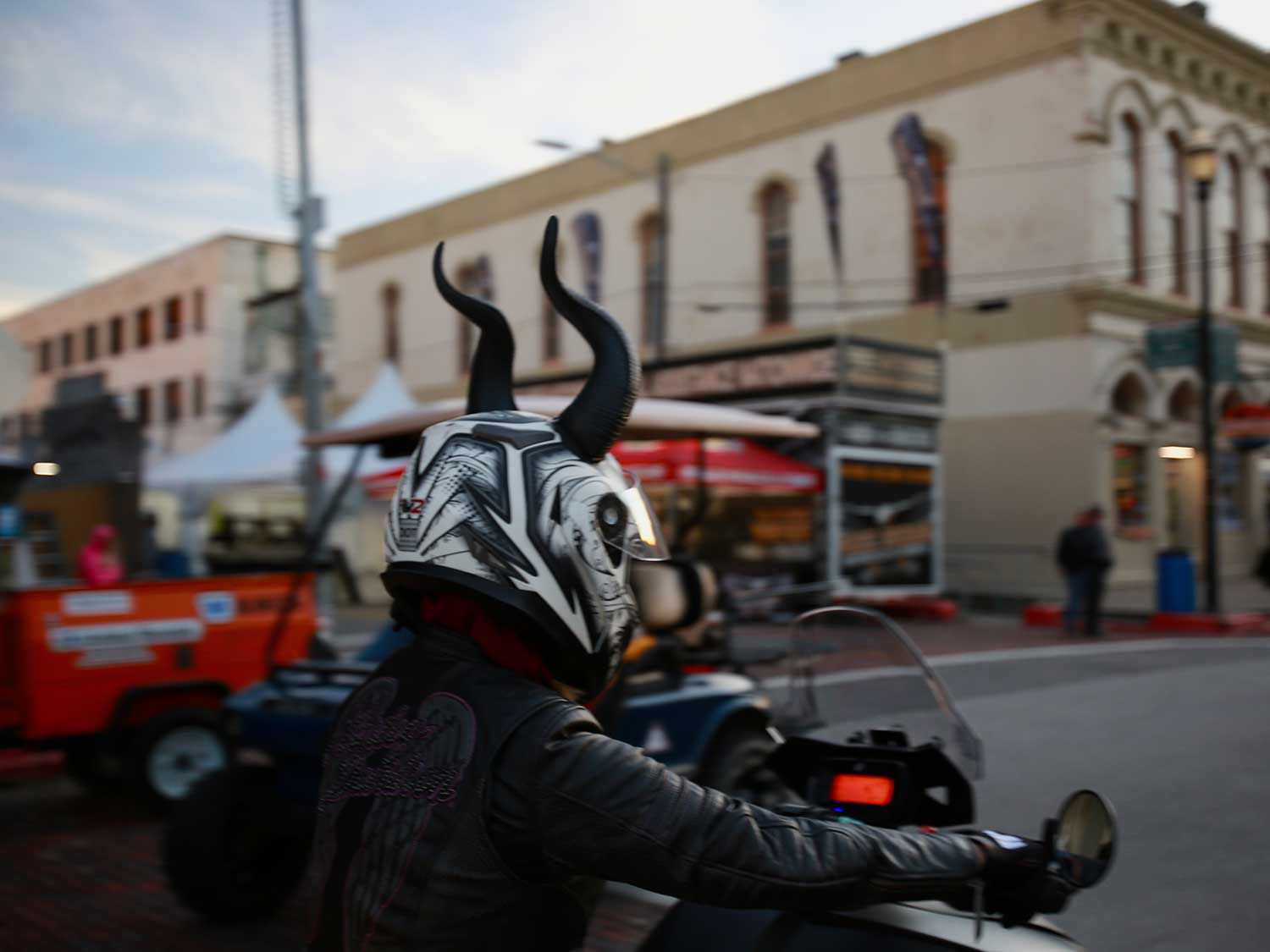 Horns seemed to be a theme among attendees, be it on helmets, hats, or mounted straight to their dome! (Savannah Rose/) This Dallas Cowboys themed trike had us scratching our heads for quite a while. (Savannah Rose/) 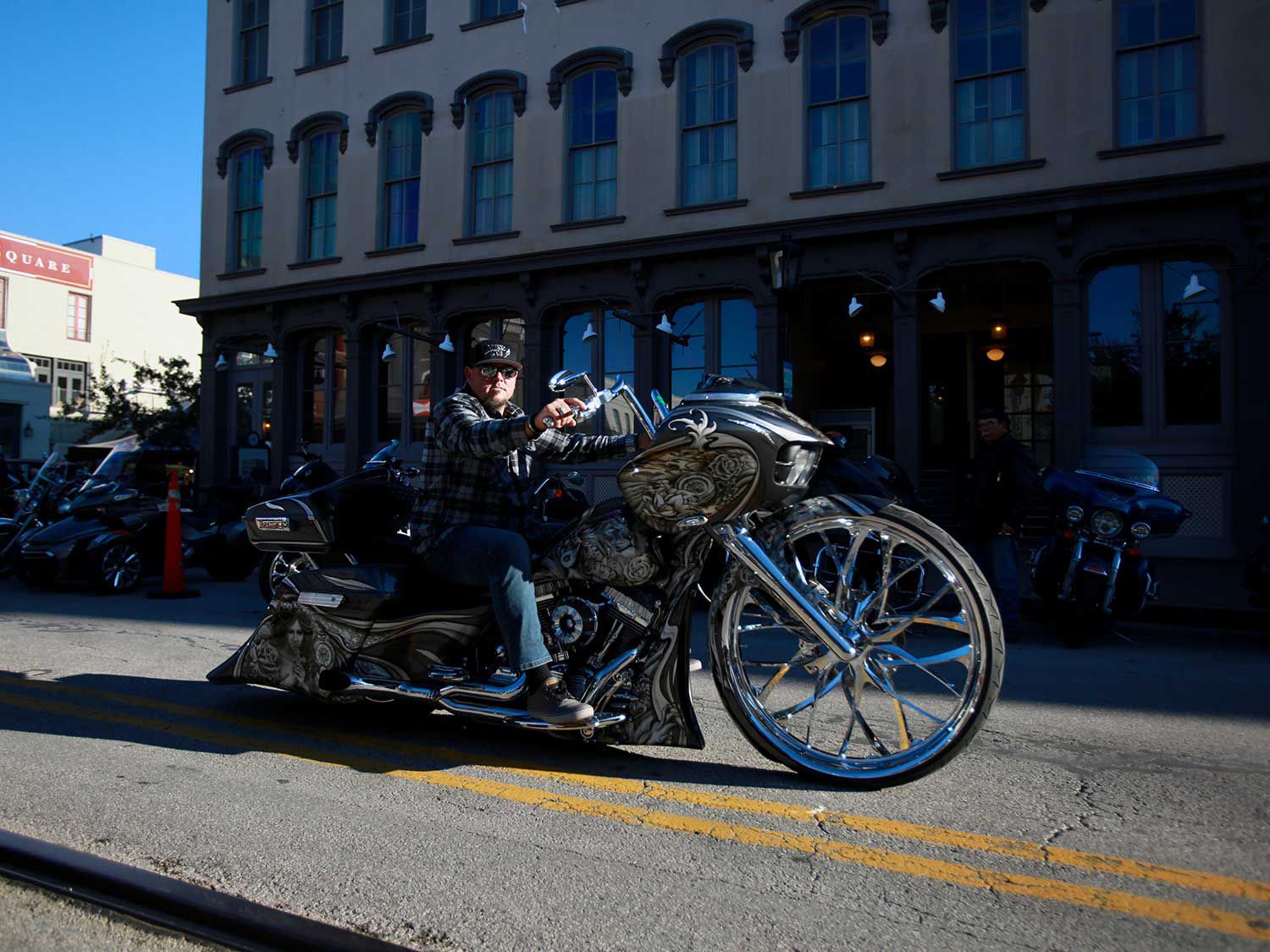 Some big wheel baggers were way over the top and some were works of art—occasionally we’d find one that’s both. (Savannah Rose/) 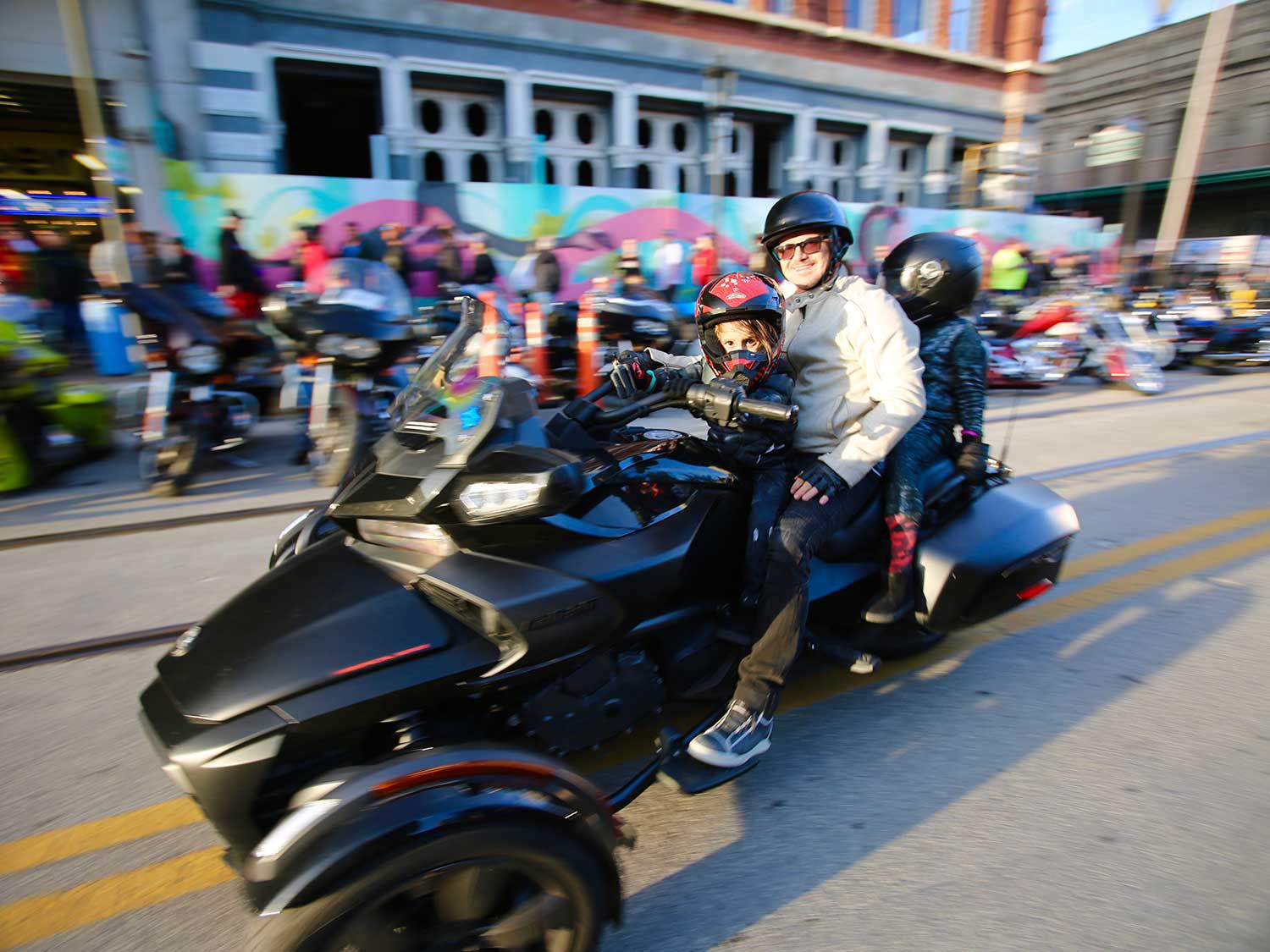 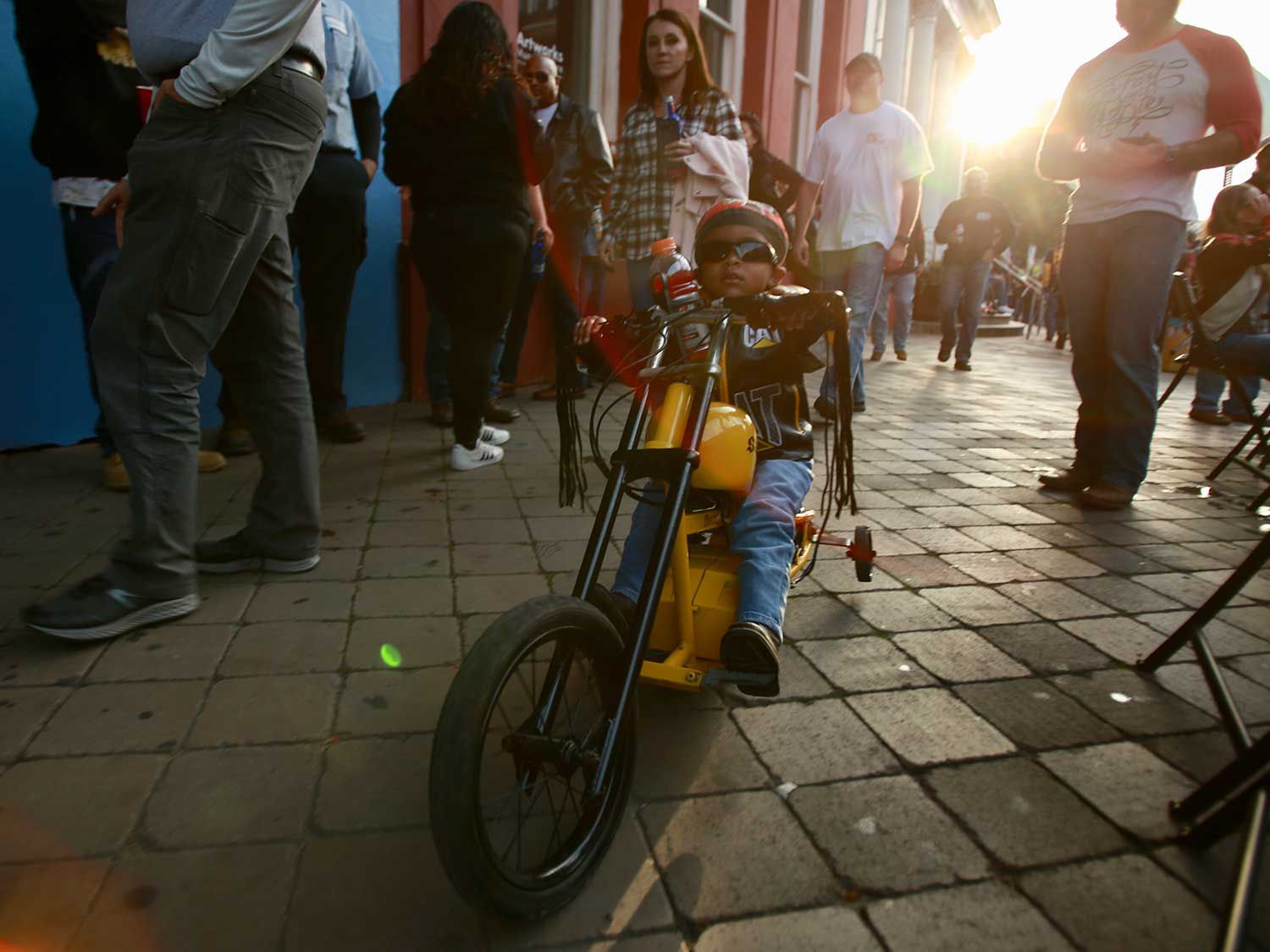 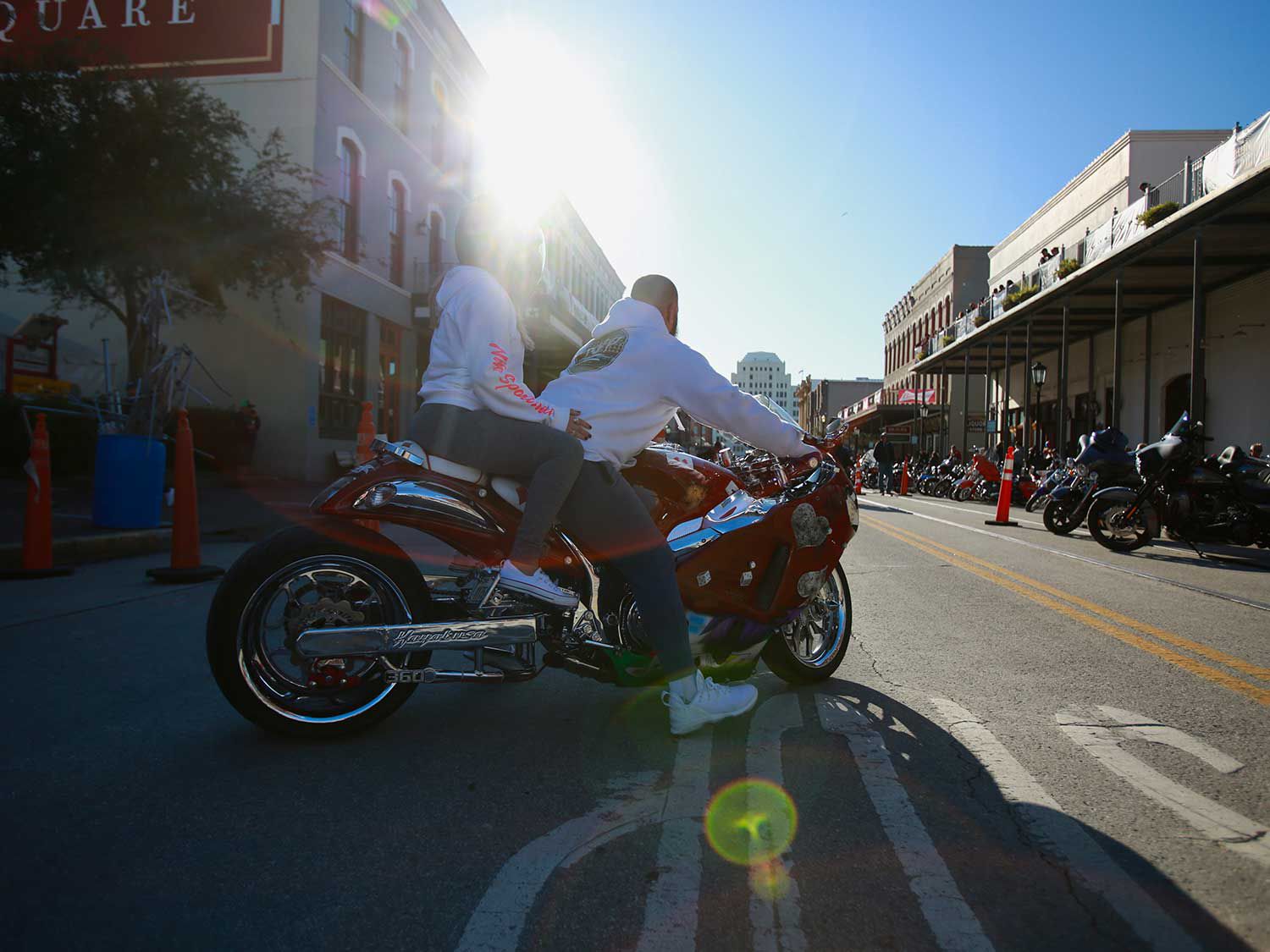 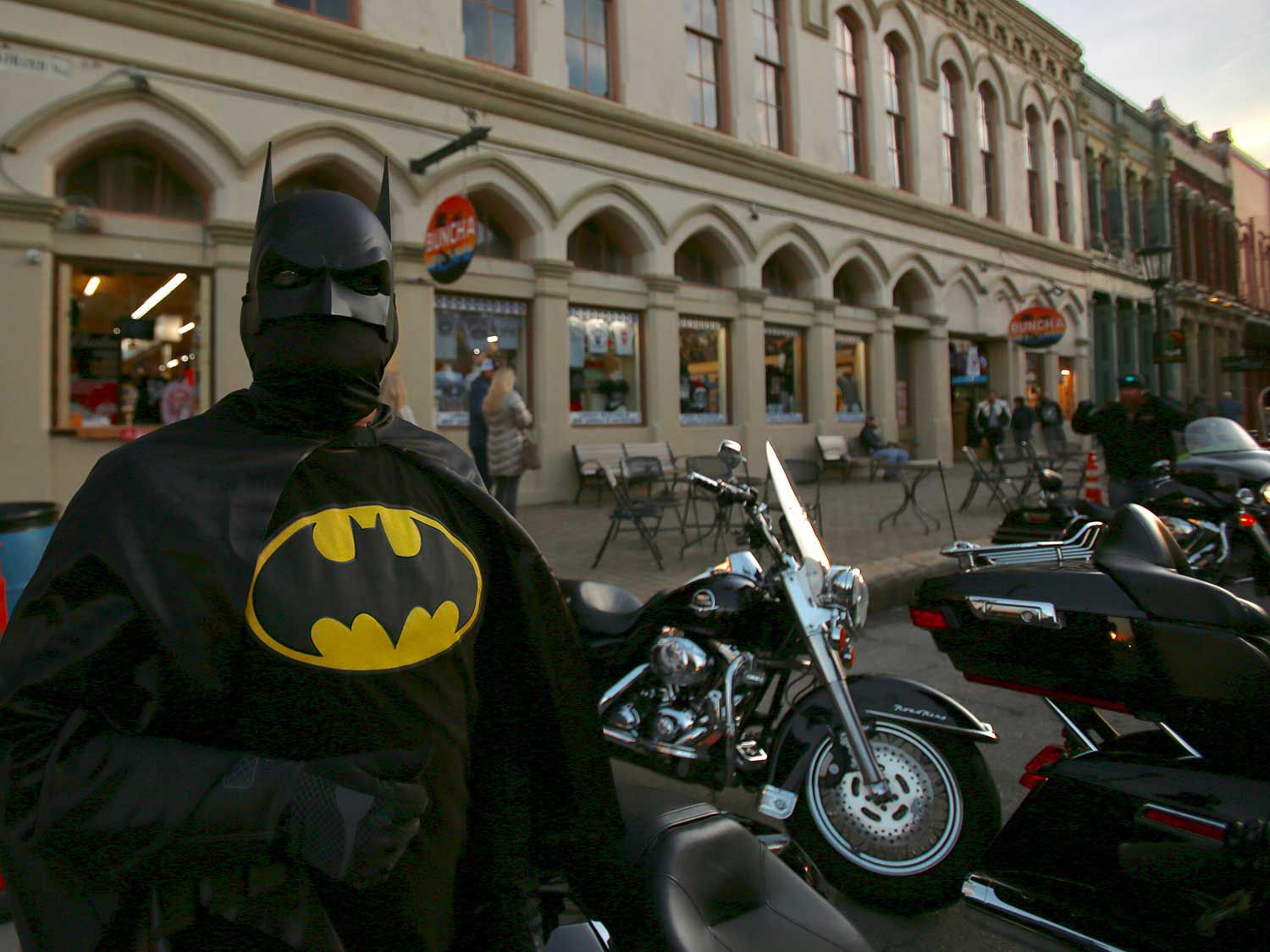 We were happy to see Batman, but had to wonder how well he could see through that mask… (Savannah Rose/) 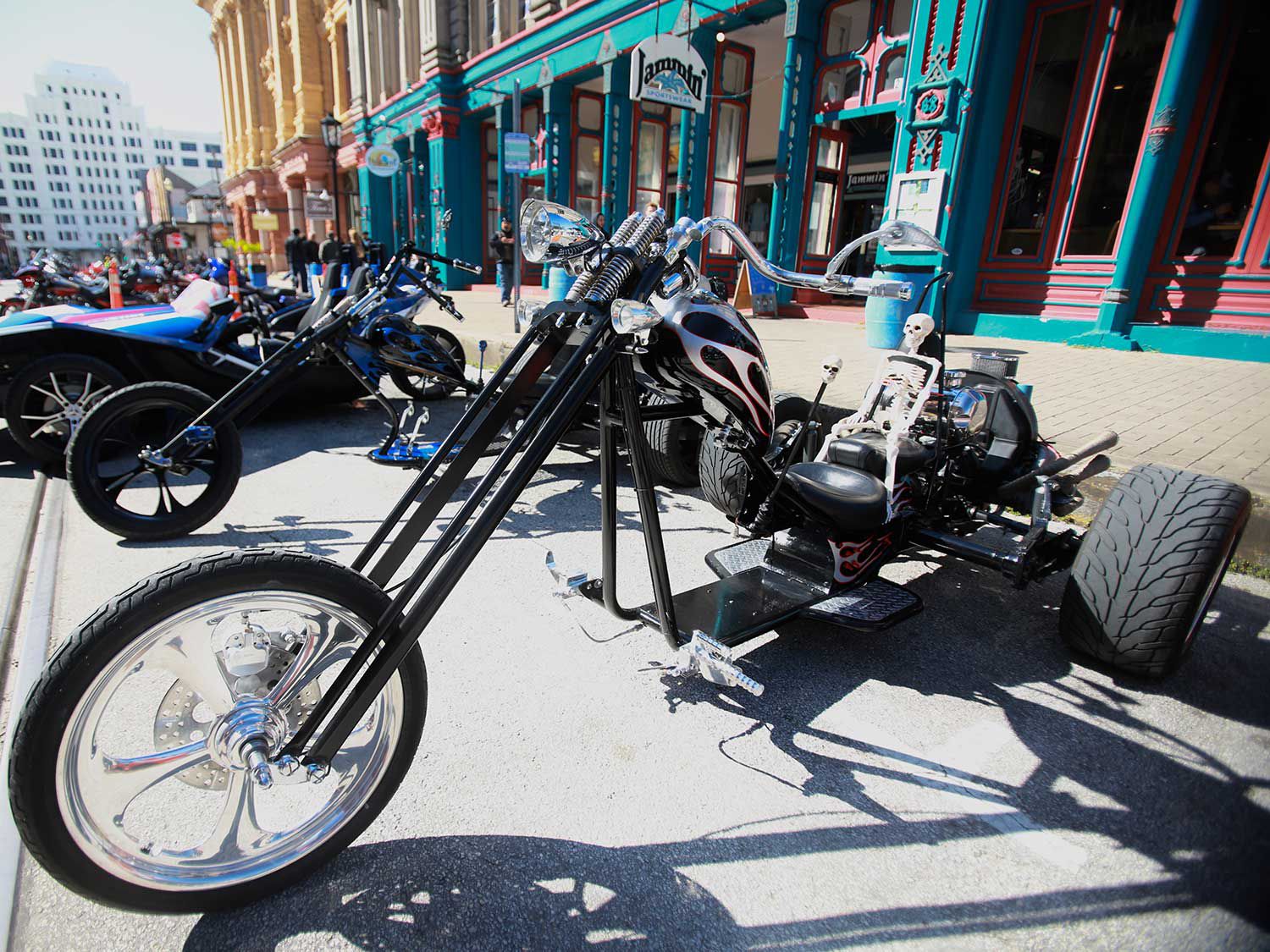 That little skeleton has a hard time reaching up to the handlebars on this VW-powered trike! (Savannah Rose/) Long skirts on some baggers along the coastline. (Savannah Rose/) 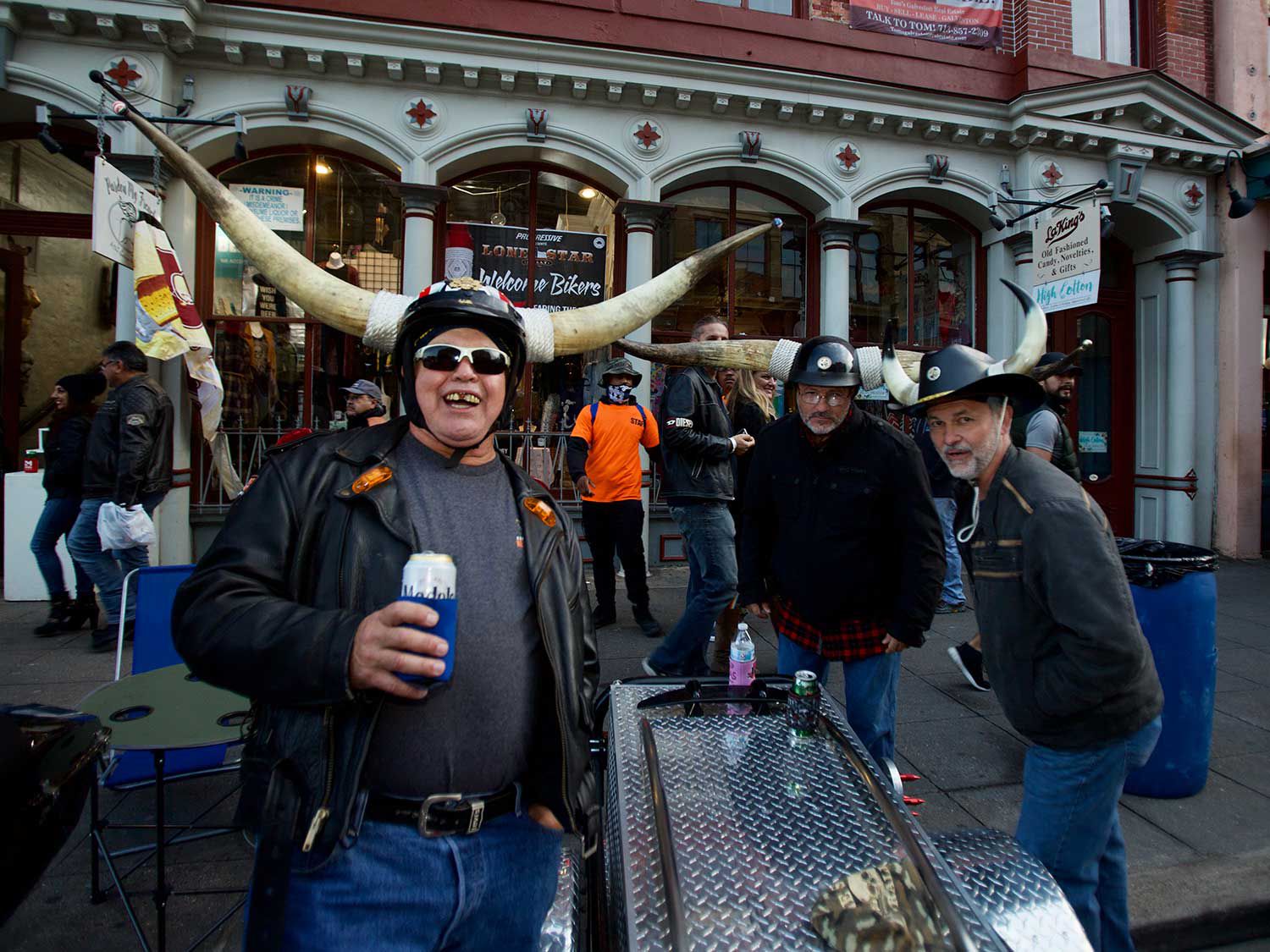 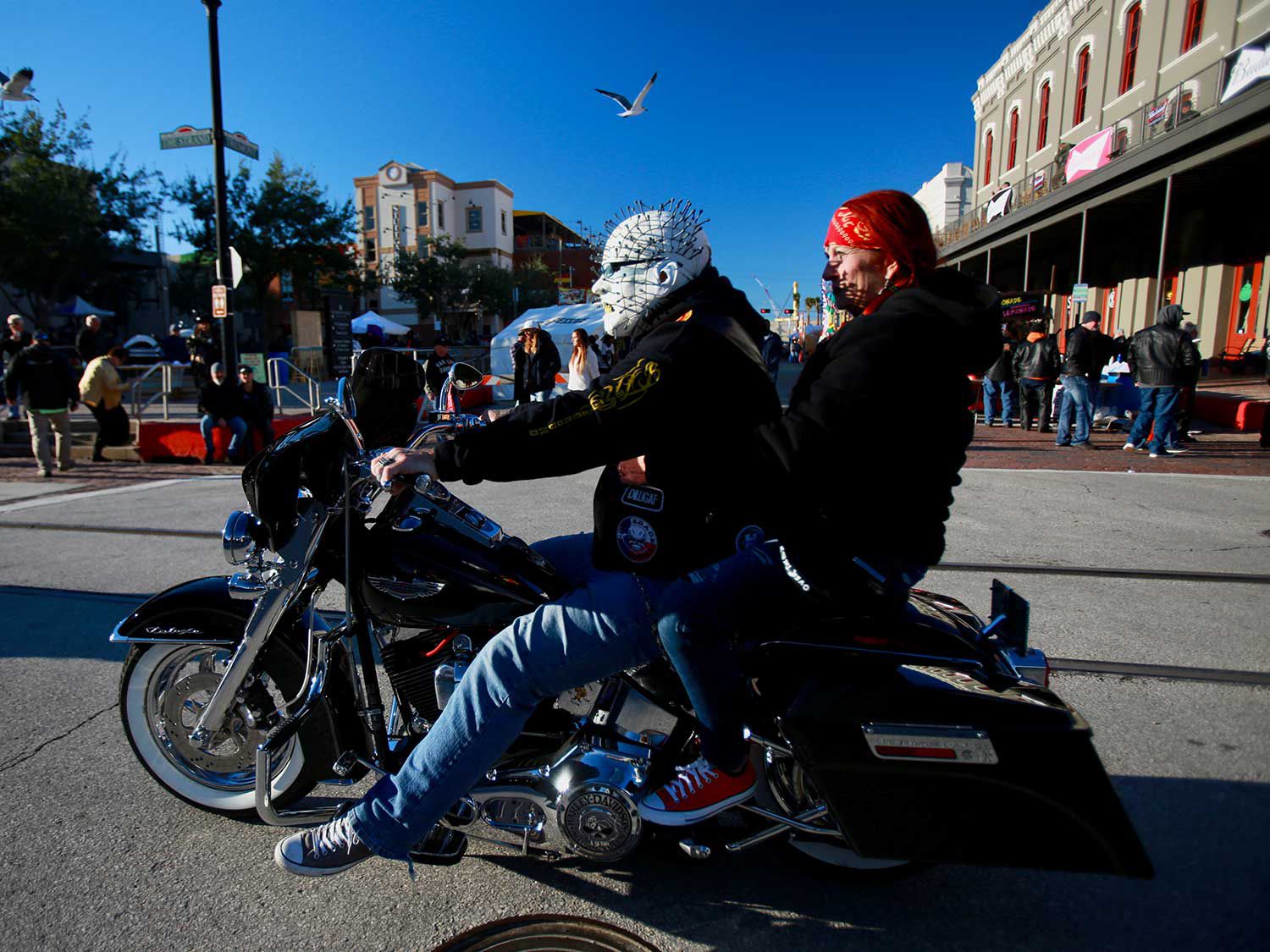 A couple bikers on their way to raise hell. (Savannah Rose/) 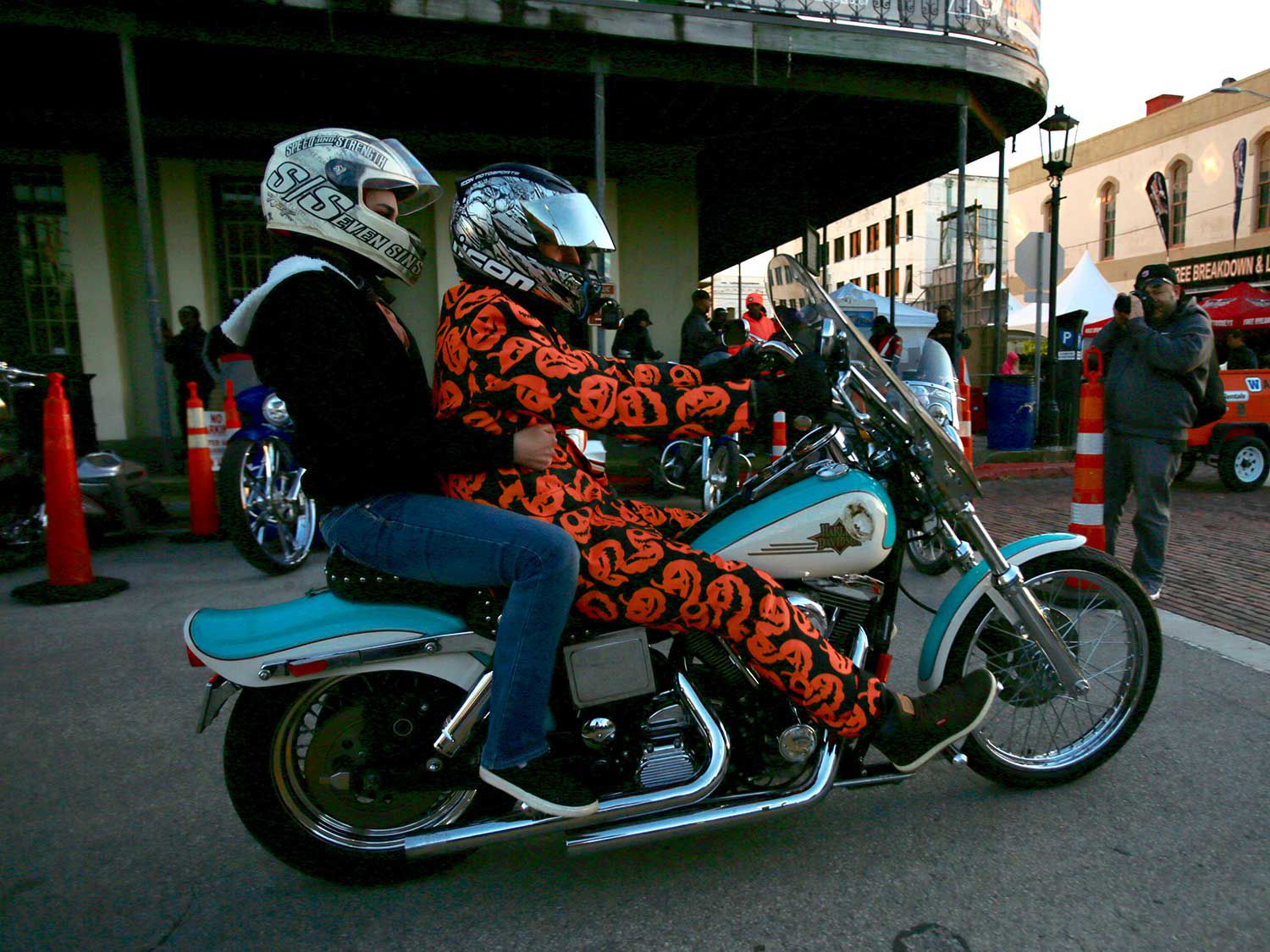